Enfamil NOT Tainted According to FDA and CDC

Posted on December 31, 2011 by hightechnologyscrubs

The FDA and CDC both have confirmed that the Enfamil powdered formula is not tainted as previously reported. 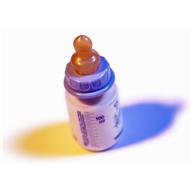 Baby Formula is the NOT the cause of a rare infection

U.S. federal health investigators have now cleared an infant formula of suspected bacterial contamination that last week prompted retailers to pull a batch of the product from their store shelves.

A newborn baby had died of  a rare infection called Enterobacter Sakazakii last week and another baby had test positive for the same infection.

It is still unclear what caused this rare infection to occur in these infants.  They also ruled out the nursery water from being contaminated.

Could it have been transferred by someone not washing their hands? Or what equipment was used to boil the water in? What do you think?

I own and operate an online store that specializes in nursing scrubs, nursing uniforms, lab coats and clogs. The website includes New Balance, Gelscrubs, Jockey, Cherokee, Trend, White Swan, and the product line I am most proud of is a protecting fluid repelling scrub line from Vestex.
View all posts by hightechnologyscrubs →
This entry was posted in health, infectious disease and tagged babies health, baby formula, Enfamil, Enterobacter sakazakii, health, rare infection, tainted formula. Bookmark the permalink.