Posted on September 7, 2011 by hightechnologyscrubs

According to the CDC, at least 122 people since 2000 have been infected with babesiosis from blood transfusions.  Babesiosis is  a potentially life-threatening tick-borne disease. 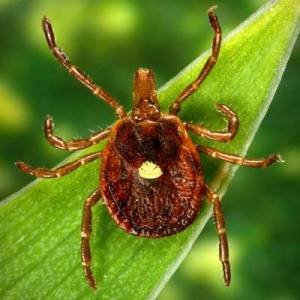 Image of a Tick

According to CDC’s Barbara Herwaldt, MD lead author of the report “It’s uncommon but important and a high priority,”  “People should not be afraid of transfusions. …The blood supply is not unsafe” she said.

Babesiosis has infected at least 122 people since 2000, says a study out this past Tuesday by researchers at the Centers for Disease Control and Prevention.

Babesia infections can be so mild the victims don’t know they’re ill to severe. The parasite invades red blood cells. Symptoms may include fever, chills and muscle pain. Complications can include blood cell destruction, organ failure and death.

There are no tests available yet to test the blood supply for this infection.

The bulk of the cases are in the seven states where babesia-infected ticks are most commonly found: Connecticut, Massachusetts, Minnesota, New Jersey, New York, Rhode Island and Wisconsin. Although numbers are not certain, people appear about 100 times more likely to get babesiosis from ticks than from blood transfusion,  according to the CDC.

If you are a healthcare worker this is another reason to get medical uniforms and lab coats that can protect you from blood. They will repel any blood that may splatter.